Every time Apple announces the release of new technology and features - which is every year, sometimes more than once per year - the natural response is to look at your current devices and think “what am I doing with this?” even if you only got it recently!

Desiring a timely update is normal - and selling your used technology can help finance the habit.

If you’re thinking about selling your MacBook to help offset the cost of an upgrade, set your sights on a MacBook Pro or Air with Apple’s M1 chip.

What’s All the Hype about the M1 Chip?
It’s actually been over a year since Apple released its first MacBooks with M1 chips, but enthusiasm has not slackened. If anything, the M1 chip has given the lighter, smaller MacBook Airs comparable speed and performance to some MacBook Pro models.

The M1 chip is a design based on the concept of a “SoC,” or a “System on a Chip.” which incorporates several different vital components. The M1 SoC contains the CPU, GPU, UMA (RAM), encoding and decoding engines, Thunderbolt port controller, Neural Engines, and more, all into one chip.

Previously, Apple used a series of several Intel chips for different systems, such as security, processing, encoding and decoding, and more. The M1 culminates as the effort to “unify” all systems on a single chip, eliminating the need for the device to communicate between different systems and different memory locations.

In the M1 chip, it’s all in one place.
It’s also powerful; it’s the most powerful chip that Apple has produced yet. The M1 features 16 billion transistors, a 16-core Neural Engine capable of 11 trillion operations per second, and up to 8-core CPUs and GPUs. Its Unified Memory Architecture keeps all data accessible from one location, along with media encoding and decoding engines, the USB controller, advanced image signal processors, and more, all wrapped up in a secure enclave.

Those specs are nice - but what does it come out to for users?

Where - and Why - It Matters
MacBooks with M1 chips deliver a wide range of benefits to Mac users.

For one thing, the M1 chip significantly boosts CPU, GPU, and machine learning performance. The M1 can boost CPU and GPU performance by up to 3.5 times and 6 times, respectively. Machine learning gets the biggest boost of all, at up to 15 times faster than previously used Intel chips. The big boost is speed.

On the topic of speed, the M1 chip’s 16-core Neural Engine, which is capable of 11 trillion operations per second speeds up video and image processing and analysis, and much more.

Security also gets a boost from the Apple M1 chip. It uses a secure enclave managing Touch ID and AES encryption. It’s not only faster (once again) but also more secure.

The M1 chip is also surprisingly battery efficient. It’s so battery-efficient, in fact, that MacBooks with M1 chips have battery life ratings that are nearly twice as long as previous generations, up to 20 hours in the newer MacBook Airs.

There’s something else that’s great about the M1 chip, considering the fact that it uses different architecture from earlier Intel chips. Apple has made it possible for developers to create universal app binaries that are compatible with the M1 chip as well as Intel chips.

Due to this foresight, previous generations of Apple MacBook users should find it easier if not enjoyable to make the switch over to a newer model with an M1 chip. At the current time, most apps, designed for compatibility with Intel chips, will be cross-compatible with the M1 chip as well.

Ultimately, what it comes down to is speed, processing power, accelerated machine learning, and improved battery life and security. They’re all big wins for Apple fans. 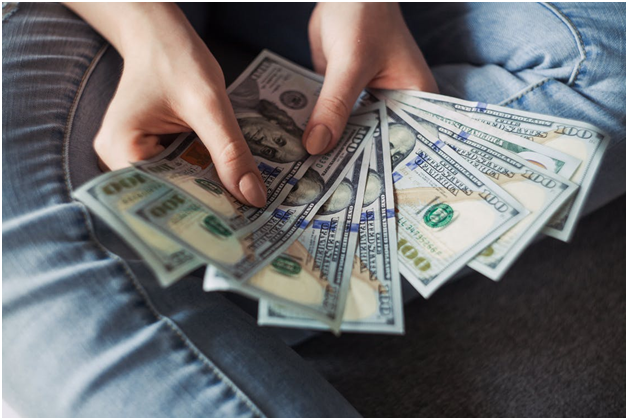 Selling Your MacBook: Convenient, Secure, and Fast
Both the newer MacBook Airs and MacBook Pros now come equipped with Apple’s M1 chip - so if you’re thinking about selling your MacBook and converting it into cash that you can roll forward into the new purchase, do it here.

Using our Mac Estimator Tool, simply enter some information about your Apple products (including iPhones, iPads, MacBooks, and MacBook Pros) or search for them by serial number. We’ll send you a free quote, give you a prepaid shipping label,

Selling your Mac or other Apple devices couldn’t be easier. We’re fast, secure, and pay quickly. We even wipe your device and install a new operating system on it when we get it, even if you’ve restored it to the factory settings.

Login to get started

Use your macofalltrades.com login credentials!

Enter your email address to receive a free quote

Continue as a guest