Anyone in search of a Mac trade-in service should be fairly happy at the realization that the prices of Apple products are fairly well insulated against devaluation. If anything, Apple itself is the reason that aging Apple products lose value (albeit slowly).

But why is this - why is it that Apple products hold their value so well in an aggressive, cutthroat market wherein aging or obsolete products plummet in value at the slightest news?

Apple products hold their value remarkably well. Here are some of the top reasons why.

Prices Are Up, Demand Is Going Nowhere
Apple continues to pursue an aggressive strategy of premium pricing for its computers, phones, and other devices. That is not a criticism, considering the number and amount of resources they likely pour into research and development - just an observation of one type of marketing strategy.

Oftentimes companies pursue a premium pricing strategy as a matter of maintaining brand image, others of extracting the highest possible willingness-to-pay from select members of their target audience.

An unfortunate drawback of this scheme is that it often results in heightened demand for competitors’ products or older, used alternatives (in tech, specifically). But year after year, that doesn’t happen with Apple.

Historical data suggests that Apple’s aggressive pricing does not push an appreciable number of potential customers away - not even for Apple’s own used products.

Brand Loyalty
It doesn’t take much to get a sense of the type of brand loyalty Apple has been so successful in cultivating among its customers. There’s a sharp divide between Apple and Android users that almost seems personal.

If you know anyone personally that’s dedicated to Apple, then you need no further explanation of this phenomenon. Brand loyalty helps keep prices high.

That wasn’t really Apple’s only first. Apple also introduced the Apple Watch to the world, which revolutionized the way in which concerned citizens went about their fitness routines and tracked their goals. Even Apple’s laptops and computers, despite the fact that they don’t outwardly seem so different from those of competitors, offer a huge litany of unique tools, apps, and features.

Both investors and consumers are confident that Apple will continue to deliver, and that keeps prices high.

Apple Pays (for Marketing, That Is)
Apple is highly visible and immediately recognizable. They have spent ponderous sums to develop their bright, stark marketing that is emotionally moving and piques curiosity. Few other modern companies have developed such brand mystique.

Apple wasn’t only concerned with top-rate promotional visuals, either. The company was committed to remaining front and center in all endeavors. That’s one of the reasons that Apple has Apple stores when so many other retailers are content to sell through third-party channels. In its own eyes, Apple must be in front of its customers.

Apple Offers Excellent Customer Service and Support
Yes, it’s expensive - there’s no doubt about that - but Apple offers first-rate customer service. Their product experts are just that - experts - and if you have an Apple store in your vicinity, you won’t need to try too hard to enlist their help.

This goes back in part to Apple’s initiative to open branded stores. It has enabled them to stay visible to their customers and lend a much higher level of customer service.

In the minds of loyal customers, that effort only begets greater loyalty - and you guessed it, that keeps demand, and consequently prices, high. 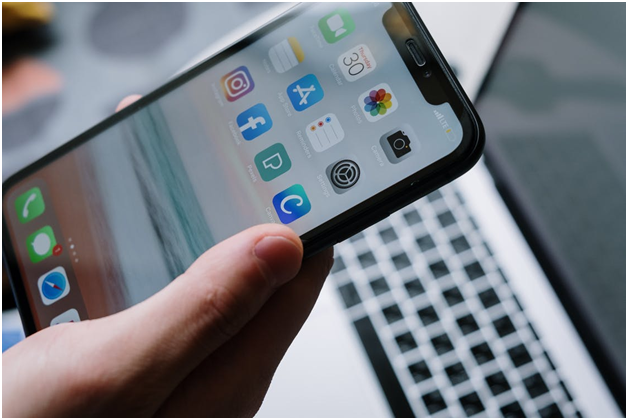 Controlled Pricing
Another thing that helps to insulate the value of Apple’s products is their controlled pricing. Apple rarely offers discounts, controls what third-party sellers can offer their products for sale (to a degree), and keeps a tight grip on third-party pricing as it is.

This may not directly influence sales between private parties, but it is still a powerful market force. Why would the owner of a used Macbook sell his or her laptop to a lowball private buyer when an official Mac trade-in program might offer two or three times as much?

That’s only to illustrate the picture, but Apple has been known to keep fairly strict control over its official pricing, and that no doubt has buoyed up the prices of their used iPhones, iPads, MacBooks, and other Apple devices.

We’re a Mac Trade-in Site That Offers More
All of these factors and others have done their part in keeping the value of MacBook Pro laptops, MacBook Airs, and of course other Apple products high. You have these conditions to thank for the high price you may be able to fetch when selling your MacBook or trading in your iPhone.

All of which you can do here through our quick and easy process. Simply use our Mac Estimator tool to get a quick, painless quote (you can also use your serial number). The trade-in process is easy and straightforward and we pay top dollar. We even pay for shipping through a prepaid shipping label and pay quickly - within a few days after receiving your device.

Get the most for your used Apple products here at Mac Me an Offer. Our Mac trade-in program pays a premium and protects your personal information (we wipe each device we get and install a new OS on everyone).

Before you look for another Apple trade-in program, get a quick quote using our tool or call us at 800-581-8987 if you have any questions.

Login to get started

Use your macofalltrades.com login credentials!

Enter your email address to receive a free quote

Continue as a guest